Meet the experienced and friendly doctors and staff who make Cascade Eye Center the leading provider of vision care products and services in Yakima. 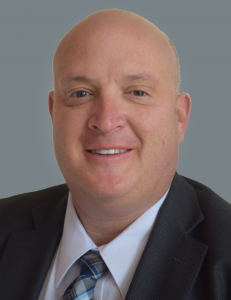 Dr. Anderson was born and raised in Idaho Falls, ID and as a youth earned the rank of Eagle Scout.  Following a term of church service in the Dominican Republic he graduated with a BS in Zoology from Idaho State University, followed by his optometry degree from Southern College of Optometry in Memphis, TN.  He furthered his education by completing a hospital-based primary care optometry residency at the Memphis VA Medical Center.

In addition to part-time private practice in Helena, Dr. Anderson was Chief of Optometry at the VA Montana Health Care System in Fort Harrison, MT, where he supervised diabetic ocular telemedicine and launched primary care and low vision optometry clinics, while caring for veterans.  Before coming to Yakima he practiced for several years at an ocular surgery clinic in New Mexico providing primary/medical eye care, post-surgical and contact lens care.  He is a member of the American Optometric Association, the Optometric Physicians of Washington, and the Yakima Valley Optometric Society.  He has served as an examiner for the National Board of Examiners in Optometry and as adjunct faculty with The Ohio State University.  Dr. Anderson is certified by the American Board of Certification in Medical Optometry.

Dr. Anderson married his college sweetheart and has four wonderful daughters, the “lights of his life”. He loves the outdoors and related activities, as well as traveling.  He is a musician, active in his church, and is conversational in Spanish.  His practice includes all aspects of optometry with special interests in primary care, ocular disease, and low vision. 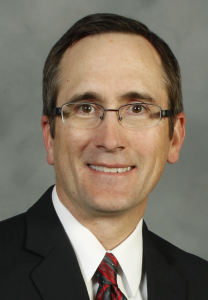 Dr. Babin grew up in Northern Maine and earned a Zoology degree from the University of Maine. He completed his graduate studies at the New England College of Optometry in Boston, MA, and a Fellowship in Primary Care Optometry. Prior to moving to Yakima he was the Optometric Clinic Director for Indian Health Services in Belcourt, ND. He was a staff optometrist at Group Health Vision Center in Yakima for 11 years.

Dr. Babin is past president of the Yakima Valley Optometric Society, past Trustee for Optometric Physicians of Washington and currently serves on its investment and public relations committees.  . He has been a member of the American Optometric Association for 30 years and served as Examiner for the National Board of Examiners in Optometry 1999-2017. He is an adjunct instructor for the Heritage University Physician Assistant program and has lectured at a variety of professional meetings and patient groups. His practice includes all areas of optometry. He has special interest in low vision and ocular disease including the care and management of patients with diabetes, glaucoma and macular degeneration. Dr. Babin is certified by the American Board of Optometry.

Dr. Babin is a past president of Yakima Lions Club and was voted District Lion of the Year for 2015-16. He’s also a member of the Yakima Elks Lodge. He is a Co-Founder and Board member for the Vision for Independence Center (VIC), a local non-profit clinic aiding individuals with low vision. He is an avid golfer, and enjoys outdoor activities, traveling and gardening with his wife, Felicia. 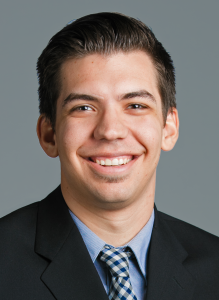 Dr. Dieker was born and raised in Yakima, and graduated from West Valley High School. He attended Yakima Valley College before graduating from George Fox University in Newberg, Oregon with a degree in Systems and Structural Biology. He completed his graduate studies with honors at Pacific University College of Optometry in Oregon before returning to Yakima to join Cascade Eye Center in 2016. He’s very pleased to be back in Yakima to provide eye care services to his hometown community.

Dr. Dieker is a member of the American Optometric Association, the Optometric Physicians of Washington, and the Yakima Valley Optometric Society. He is an avid sports fan and a lifelong Seattle Seahawks supporter. He and his wife Lendelyn, a local pharmacist, enjoy their many travel adventures together and keeping up with their loveable golden retriever and two adorable cats.

Dr. Dieker practices all aspects of optometry, including contact lens care and co-management of refractive and cataract surgery, with special interests in ocular disease and pediatric binocular vision. 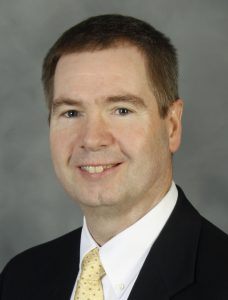 It’s been a great ride over the years, and he can’t imagine doing anything else but optometry for a career. He will miss it a lot. He looks forward to enjoying retirement life with his wife Cindy, maximizing as much time as he can with their 2 daughters and their grandchildren. 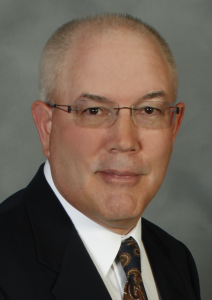 After finishing his optometry residency in 1985, Dr. Shute began practicing in 1985 at Valley Optometric Clinic, known today as Cascade Eye Center. After 34 wonderful years of service to the Yakima Valley, he retired from practice in 2019.

While he looks forward to enjoying retirement life with his wife Deanne, their two kids and granddaughter, he will miss seeing all of the many patients he helped over the years in Yakima, as well as the many clinic staff members who helped serve them.

You can schedule your next eye exam with us online!